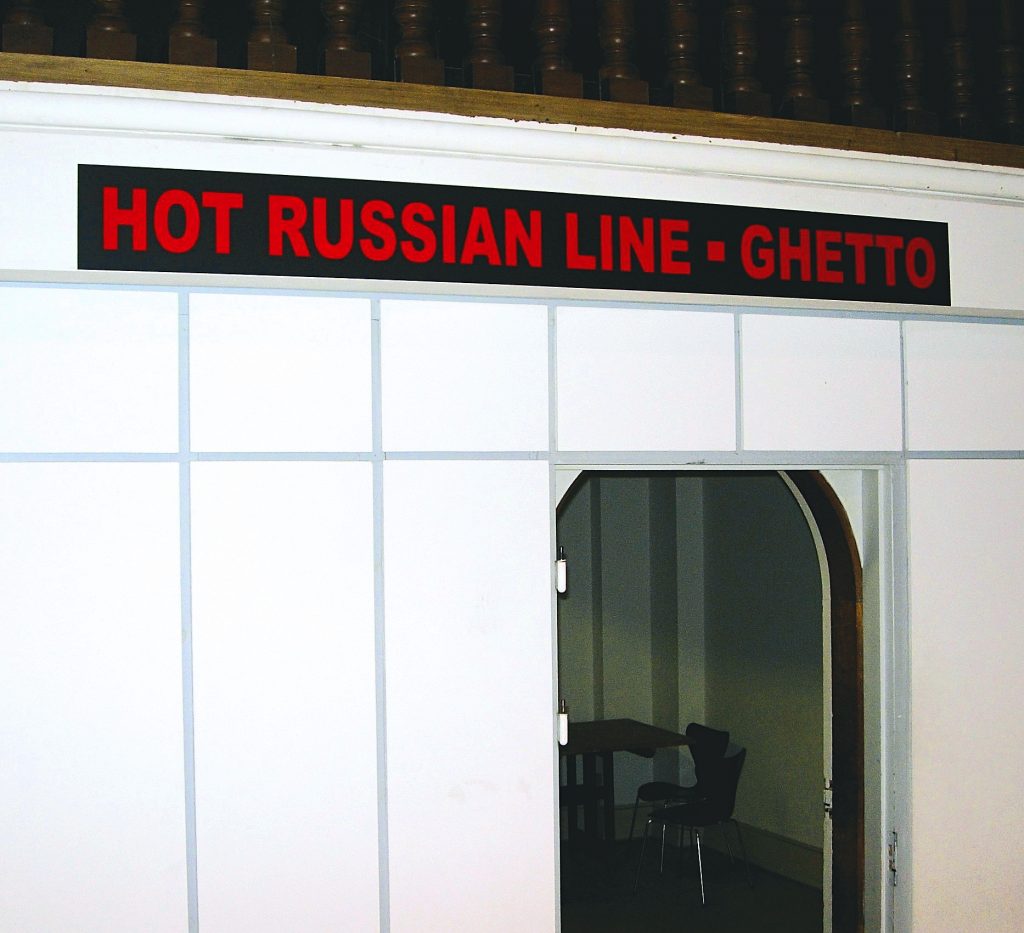 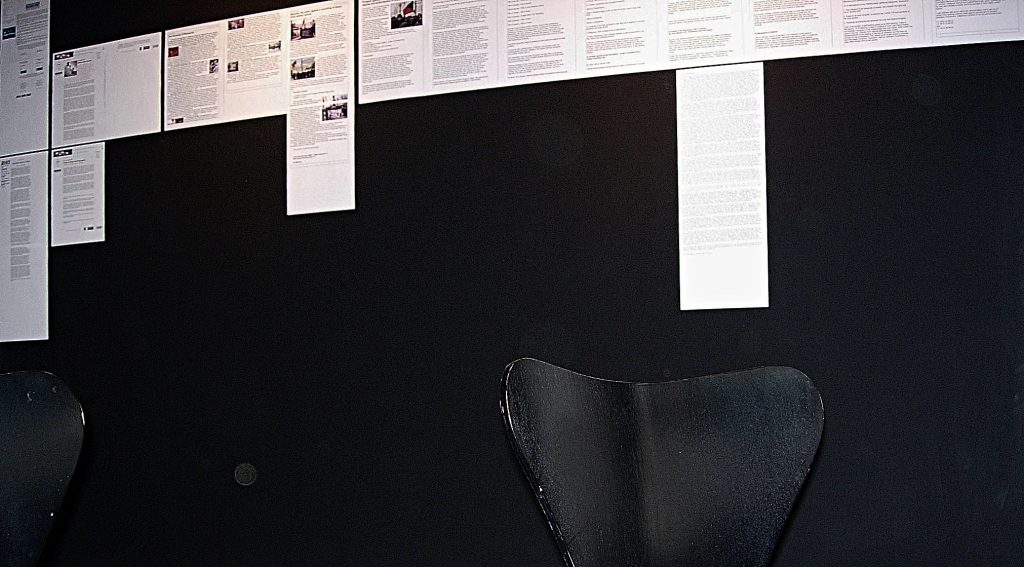 The aim of the action Hot Russian Line within the project.
Re-Act is to enlighten many actual subjects of today`s Russia. It ́s composed of a series of interactive reports coming directly from Russia and which are organized via the Internet. The “tool“ of Igor Sacharow- Ross is Ghetto, the anarchistic collective that acts out of Moscow, but that passes on information from all of Russia. For this action in the Nikolaj Copenhagen Contemporary Art Center exists a tactical news room with a computer for quick Internet communication and a notice board for the paper material (photos and articles) which are printed and exposed there. The Ghetto-activists will regularly report about actual subjects such as telecommunication, protest movements, leftist discussion groups, migration politics etc. The Copenhagen public can on the spot ask questions and discuss reports. This tactical news room – ROUGH DATA SPACE -can serve and be used as an extensive information source of today ́s Russia.

The project Hot Russian Line intends to bring information on current problems & questions of social movements in Russia to the international audience, artistically using the concept of tactical television. The project is made in the form of five video-clips dedicated to key social topics which are: leftist movement, illegal immigration, IT development, 1st Russian Social Forum and a look from Russia at the orange revolution in the Ukraine. The clips will be released gradually in a period of time from April, 8th until April, 22nd. Each clip is followed by its text transcription and a forum, on which everyone can ask questions or discuss these issues. Ghetto project participants will be there to answer.